Green Minerals and Mining in Alaska - Lord Of The Trees

In March 2022, I contacted Mr Lasley by email to ask him some questions about “green minerals” mining in Alaska. Considering the list of critical minerals released by the U.S. in February, and the Biden-Harris Administration’s plans to make changes to the country’s mining framework, the time seemed right to ask an expert about what changes may lie ahead.

In February of this year, the USGS (U.S. Geological Survey) released a list of 50 critical minerals. The same month, the Biden-Harris Administration announced a plan to reform the country’s mining framework, which some critics say has guided policy since 1872. Do you see these announcements as complimentary, or are they mutually exclusive, and why?

"While not mutually exclusive, the Biden-Harris Administration’s stated objectives to domestically produce more minerals critical to low-carbon transportation and energy are countered by its own mining law reform plans. To say U.S. mining law has not been reformed since 1872 is grossly misleading. The General Mining Law of 1872 is a lands policy that provided an avenue for staking mining claims in order to explore and potentially extract valuable metals on federal lands. The U.S. has separate laws that govern the environment and the permitting process for mining. The U.S. already has some of the strictest mining laws anywhere and it takes roughly seven to 10 years to gain permits for a large-scale mine – compared to two to three years in Australia or Canada. The reforms to the General Mining Law of 1872 are much more about royalties to the federal government than the environment. From an environmental perspective, the Biden-Harris Administration would be doing more good by streamlining the permitting process so that more mining is done in the U.S. instead of being imported from countries with lesser regard for the environment or human rights."

How has the attitude toward responsible mining evolved over the past ten years? Are there any specific operational changes worth mentioning?

ESG is increasingly at the forefront when it comes to decision-making by mining companies. While environmental laws have played a large role in this, I think that public advocacy is an even bigger driver. The public are increasingly holding mining companies accountable for their actions and a mining company’s environmental, social, and governance scorecard plays a role in determining whether its proposed projects will gain acceptance. ESG becomes even more important for minerals and metals needed for renewable energy and electric vehicles. The manufacturers of green energy and transportation products want to be able to tout the sustainability of their goods. This means that the materials they use are also sustainable.

The reduction of carbon emissions is one area where mining companies are ardently working that was not very important, except for meeting permitting requirements, a decade ago. Carbon footprint is currently one of the major measures when it comes to the perceived sustainability of a mining company, especially for the materials critical to low-carbon energy and transportation I mentioned before.

Here is an article I wrote that describes aboriginal land claims in Alaska as it relates to mining, A miner's guide to Alaska Native Claims. We published an entire magazine last fall on the topic that includes each region and their perspective when it comes to land use and resource development.

Currently, Alaska has six mines (not counting the family run placer mining operations) that produce zinc, gold, silver, lead, and coal. While I do not have an exact value for the amount of land actively being mined, it is order of magnitude below 1% of the overall landmass.

I would think that the need for green metals such as cobalt, nickel, copper would generate interest in Alaska projects, but to a large degree that has not happened yet. 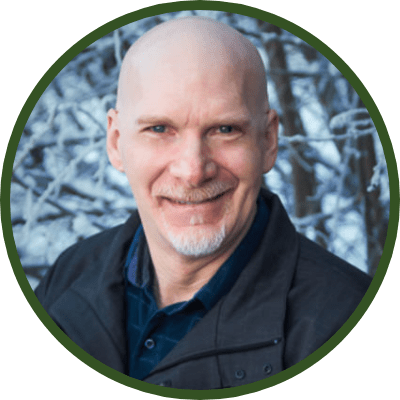 Over his more than 14 years of covering mining and mineral exploration, Shane has become renowned for his ability to report on the sector in a way that is technically sound enough to inform industry insiders while being easy to understand by a wider audience.

North of 60 Mining News is an Alaska-based trade publication that provides the most complete coverage of mining and mineral exploration across Alaska, northern British Columbia, Yukon, Northwest Territories and Nunavut.