The Silent “E” in ESG - Lord Of The Trees

The Silent “E” in ESG.
Ethics Lurk in the Shadowland between Data Gathered and Data Reported

The Silent “E” in ESG

Ethics Lurk in the Shadowland between Data Gathered and Data Reported

ESG (environment, social, and governance) standards are three small letters that have been tilting the axis of innumerable publicly-traded and private companies, and their supply chains. ESG standards can touch every aspect of a business, from defining new jobs titles, to rewriting mission and KPIs, to implementing new software, to creating new data reporting and evaluation road maps.

With roots that track to 1997 and the Global Reporting Initiative, ESG has had more than 20 years to mainstream. Today, thousands of companies get assistance learning about, gathering, and reporting data from independent evaluation frameworks such as CDP (currently about 8,400 companies). Other companies work with risk evaluation and ratings organizations such as WDI (Workforce Disclosure Initiative) or TCFD, the Taskforce on Climate-related Financial Disclosures. 1

For companies that have been practicing forms of corporate responsibility for decades, data gathering and reporting for transparency may be familiar. Others — including essential infrastructure aligned with industrialized, high land-use and consumption models — could have a bit more work ahead. Decades-long practices can now be classified as “sustainability risks,” and ESG transparency reporting may raise flags to potential investors.

Depending on sources, there are as few as 22 or as many as 600 ESG reporting standards2. And, because an ESG audit evaluates both internal and external processes, the resulting maze of reportable data can take even the newest, most agile B-Corp time to navigate. There is ample space for both reporting errors and intentional oversights.

But what happens if – after an audit – data shows strengths in social but abominable flaws in environment? Is it acceptable to massage the flaws with PR and legalese? In the absence of a global “shame fund” like the JPX-Nikkei 400, will companies gamble, clinging to and masking known outcomes, to potential future peril? Or, will 100% pain-point transparency evolve from a best practice to a requirement? For now, the answers to these questions reside within corporate culture and the shadowland of ethics. 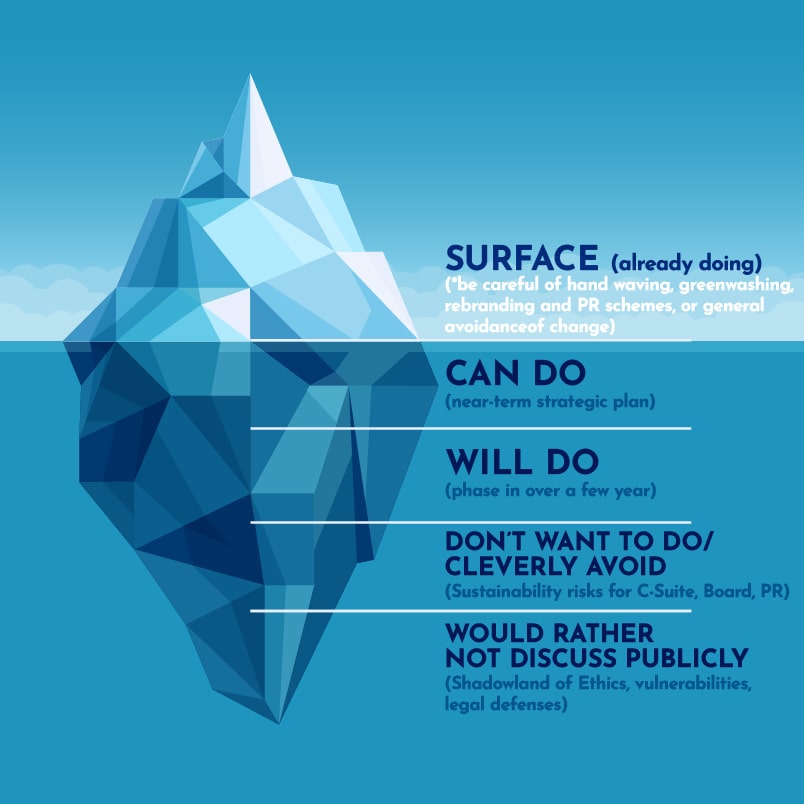 An Example from the Land: Oatly

Oatly, a Swedish-based company that makes and sells oat-based beverages, yogurts, and frozen desserts, ascended from start-up status in the 1990s to a globally distributed and publicly-traded company by 2021.

The ascent, however, hasn’t been without difficulty. Over the years, the company has navigated a range of lawsuits from animal-based dairy producers around its marketing and word choices, which, ironically, seem to have only helped increase the brand’s visibility and popularity. When a research report released in 2018, which showed the highly sustainable nature of various grains, including oats, found its way into the public conversation, plant-based milks were shown to be environmentally superior. They were shown to have significantly less impact on land and water resources — at least on front-end production — than cows.3

Then, in 2020, social media stormed Oatly for taking investment dollars from a consortium that included Blackstone Growth, an equity arm of Blackstone, known to be the world’s largest owner of real estate and unpopular with eco-watchdogs for alleged ties to deforestation in South America.4,5 And, in 2021, Oatly was publicly accused of overstating gross margin and for greenwashing expenses associated with backend production, specifically those related to disposal of waste water.6

Oatly is one example of an interesting ESG discussion. Another is Bayer’s 2018 acquisition of Monsanto. Will, for example, legacy lawsuits against Monsanto — whose name was dropped through acquisition — impact Bayer’s present-day ESG ledger?

A further layer of complexity for ESG reporting is demonstrated in a current case in Brazil where an Indigenous community of Krenak people have charged mining giant BHP Group with destroying their way of life after a mining dam broke and flooded miles of fishing waters with waste.7 Is BHP required to participate in ESG reporting, or even disclose these types of events?

Regarding Oatly, where outside investment is still a part of its business plan, must all partners have sterling reputations, too? How far does supply chain reporting extend, and for that matter, accountability?

In the case of Bayer, is the rebranding of Monsanto a required part of its corporate story? If so, for how many years? Or is rebranding a fresh slate, enabling years of “old brand” ESG-related lawsuits to be exempt from the reporting grid?

This image illustrates a basic, integrated, supplier-to-end-user map. Depending on a company’s approach to transparency, it would be possible to mark pain points with red dots along the process. If shared internally and/or externally, even over social media, it would signal to end-users that manufacturers know where the problems are.

Or, a company may choose to map its risks for investors separately. 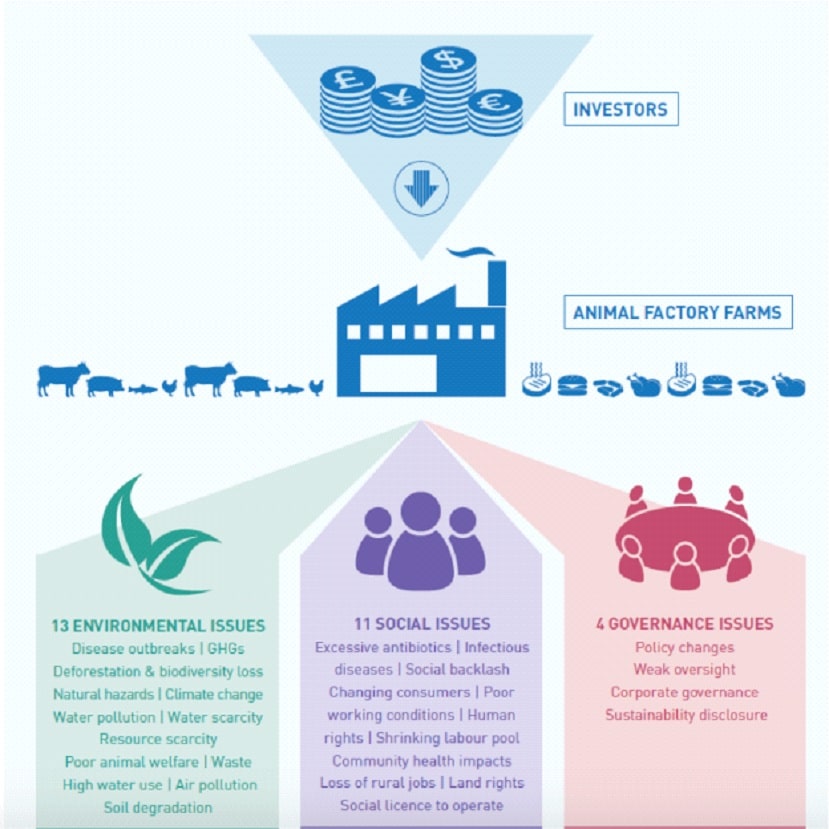 An example of ESG transparency reporting that a corporate factory farm might create and share with investors. FAIRR Initiative. Used with permission.
https://www.fairr.org

Perfection is impossible. But words matter, and the ethics of intent — while hard to measure — matter, too. That’s the shadowland that individual companies will have to navigate, justify to employees, investors, or concerned consumers, and may even need to be prepared to defend legally.